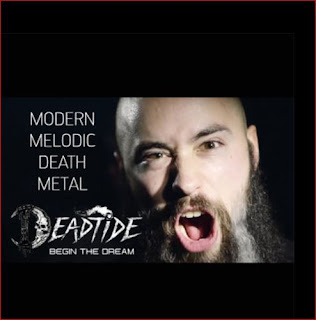 Deadtide will be Guests On The BDSM ALIVE RADIO SHOW ON ASN RADIO Tomorrow 9/1/18 @730pm MELODIC DEATH METAL band DEADTIDE has released their debut music video for their song "Begin the Dream." Deadtide originally raised $2,000 in about a month's time to have a song and music video professionally done. Now it's time to get another single and music video made for the track above, towards the long anticipated FULL ALBUM for you guys! Help us raise the extra funds in this campaign to make this dream a reality! Deadtide's founding members, Phil (Chrome) and Mike (Mike Metal), met in 2006. Phil developed a YouTube following of 25k+ subscribers and a total count of over 3 million views (hit that Subscribe button!) ; one of the first metal musicians on YouTube, with Mike joining a few months after. Other metal YouTubers have come and gone, but Mike, Phil, and Deadtide are in it for the long run. The band's debut EP album Ephemeral is about to pass over 80k plays on Youtube, and the newest EP The Great Unknown passed 20k and rising. The band has been active since 2009. After achieving a full, permanent lineup in late 2015, Deadtide has been performing again in the NYC/NY/NJ/CT metal scene, and has opened for popular metal acts including Soilwork, Fear Factory, Doyle (The Misfits), Abnormality, Through the Eyes of the Dead, and more. Mike's vocals have also been featured with metal-guitarmaster Marios Iliopous of Nightrage in melodeath band Dawn of Dreams' "Forever," mixed and mastered by Dan Swanö. Phil (Chrome) and Mike (Mike Metal) also admin the Official Melodic Death Metal page on Facebook, with over 140k Likes, the largest Melodeath page on the Internet. They believe in the importance of spreading great metal music to the masses to keep the scene thriving and metal dreams alive, and love to give back to the Melodic Death Metal community. They understand the uphill battle of being in an independent band, getting your music heard through all the noise. In return for all your support, they want to help fellow bands and independent musicians.

We are on Newsly 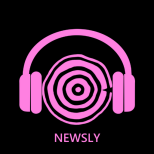